TV technology is always one of the biggest areas of news focus at CES and continued in 2022. Some years we get revolutionary announcements while other years the news should only be considered evolutionary. CES 2022 falls into the latter category. There are things to be excited about but there isn’t anything that’s going to knock your socks off.

LG is the current darling in the TV space. Their OLED TVs produce stunning visuals, and they typically cost less than TVs from Sony. Unfortunately, LG didn’t have much to announce this year. Their C-series OLEDs will use the brighter Evo panels from last year’s G-series. Some of the higher-end models will feature a brightness booster algorithm technology that could increase brightness by 30%. LG is also offering new sizes this year. At the small end, they are adding a 42-inch model. At the top of the line, they have added a 96-inch model.

We expected Samsung to announce quantum dot OLED TVs, but they let Sony steal that thunder. Samsung continues to invest in Micro-LED at the top of the product line. Adding an 89-inch model to the line that previously only offered 99-inch and 110-inch models won’t likely bring the cost down to a point where normal people can afford them, though.

Samsung’s Neo QLED is their mainstream line, and it is receiving minor updates. They now support 144Hz refresh rates for those with gaming PCs powerful enough to drive those framerates at 4k. They’ve also added cloud game streaming from NVIDIA GeForce Now and Stadia. NVIDIA’s offering will be limited to 1080p streaming for the time being.

Most of TCL’s announcements for CES weren’t for their new televisions. They have a massive new 98-inch QLED coming for under $8000. That is significantly cheaper than Samsung’s 98-inch TV. They also announced an 85-inch MiniLED set. Some of this year’s TVs will support 144Hz refresh rates, but they didn’t clarify which model lines would receive it. TCL had some issues with their Google TV sets late last year that caused Best Buy to briefly stop selling them. They resolved those issues, and TCL will continue to sell TVs with Google TV. They also plan to continue selling Roku TVs.

Sony had the biggest TV announcement at CES. They will be releasing a line of QD-OLED (quantum dot OLED) TVs this year. They are the Bravia XR A95K. Samsung is making the panels even though they aren’t selling their own QD-OLED sets. These new TVs from Sony will also support all the gaming features that have caused customers to purchase LG OLEDs. Namely, they will feature 4k at 120Hz refresh rate, VRR, auto low-latency mode, and auto HDR.

The big television manufacturers are finally realizing how important, and lucrative, the gaming market is. More TVs are supporting higher refresh rates. This is important to Xbox Series X gamers and PC gamers looking to use TVs instead of monitors. Cloud game-streaming is being built into more televisions. The simplicity and low cost of entry in this model can’t be overstated.

The biggest advancements we are waiting for, 8K resolution and MicroLED, still are not ready for the mainstream consumer. 8K just doesn’t make sense until consumers are regularly purchasing wall-sized televisions. MicroLED is the best technology to enable that. For 2022, we don’t see our purchasing advice changing much from last year. If you want the best picture quality, get an OLED. If you’re a gamer, consider the new Sony Bravia XR A95K QD-OLED. We’ll have to wait a little longer to hear about Vizio’s plans and what Samsung and TCL plan to do for the middle of their product lines. 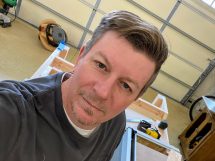 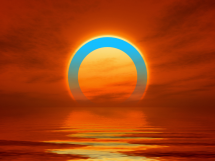 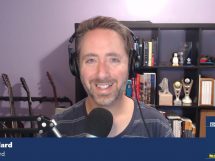 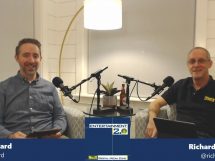