Home » How to Change The Windows Store Download Location

Microsoft has been saying for the last year that they are going to increase their focus on gaming in Windows 10, and we’ve already started to see that play out. The Xbox app on Windows 10 has a built-in game DVR and screenshot mechanism, the company is releasing more games on Windows, and they’ve even begun putting AAA titles into the Windows Store. That last bit though could trip up some PC gamers.

There’s one aspect of AAA games that remains relatively constant across all genres, the games are almost always very large in terms of disk space requirements. They can easily range from a couple of gigabytes to more than 40 gigabytes. While SSD storage has taken off for performance reasons, for most people it comes at the cost of disk space. To alleviate this, many gamers have secondary hard drives in their PCs to house their massive game libraries. Steam, Origin, Uplay, and any standard Windows application installer offers the user a choice of where to install their games. The Windows Store doesn’t.

By default, whenever you install an app or game from the Windows Store it will install it to your C: drive. That’s fine in most instances, but what if you want to install Rise of the Tomb Raider? That game is about 28 GB. My C: drive has less than 3 GB free. To make matters worse, the Store won’t prevent you from attempting to install a game for which you don’t have room. It will start downloading the game and continue to download it until your hard drive is about full. Then it will give you an error message stating that you need to free up some disk space.

Fortunately, there are solutions to some of these problems. The first is that you aren’t actually limited to only installing Windows Store apps to your C:. In Windows 10 you now have the ability to change the Windows Store download location for apps and games. To do that, go to Settings > System > Storage. Under the “Save locations” heading there is an option titled “New apps will save to:”. You can set this to any drive on your machine. Once you’ve changed this setting, all new apps that you install will be saved on that drive.

Changing the default save location for apps won’t move any of your currently installed apps. When apps receive updates they will stay in the location where they were originally installed.

One of the many things that Microsoft has changed in the recent updates to Windows 10 is where things can be found in Windows Settings. If you’re trying to find the default save location for apps in the Windows 10 April 2018 update, you can find it by going to Windows Settings, then System > Storage, then select the link for Change where new content is saved.

After clicking that link, you’ll have the option to choose where many different content types are stored by default. The one we’re looking for, apps, is first.

So what if you’ve installed a large app or game to your C:, and now you’d like to move it to a secondary drive? That’s actually pretty easy to do in Windows 10. Again, go to the Windows Settings, then System > Apps & features. [Windows 10 April 2018 Update: Apps is no longer inside of the System category.] There you will see all of the apps and games you have installed. You can click on any one of them, and in most cases, you’ll be presented with a button that is labeled “Move”. When you click it you’ll be presented with the list of available drives on your machine to move it to. It really is that simple, and you don’t have to worry about your shortcuts pointing to the wrong location.

There’s one more big question left to be answered by Microsoft when it comes to distributing huge games through the Windows Store. Will it support incremental updates? Games frequently release patches, and on the Xbox or through services like Steam, patches are usually only a fraction of the size of full games. However, the Windows Store typically sends the entire app when there’s an update. Receiving an entire 30 GB game every time there is a patch could be a major issue for users with data caps or slow connections. Plus there’s the obvious annoyance of having to wait a much longer period of time for a 30 GB update to download and install versus a 1 GB update.

With Rise of the Tomb Raider and Gigantic already in the Windows Store, and Quantum Break coming in April, these tips may serve to be invaluable for you PC gamers out there. We will, of course, keep an eye on the situation, and we’ll report back any new findings on better ways to deal with large games coming from the Windows Store. 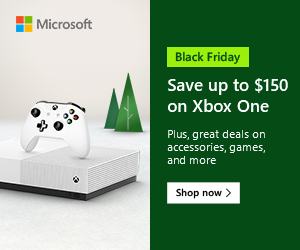