Cleer is a company that you may have never heard of, but if you’re into nice headphones and smart speakers you should familiarize yourself with them. We met them last year at CES and we’ve been using, and loving, their Flow active noise canceling (ANC) Bluetooth headphones ever since. They are back at CES this year with new gear, and potentially a new desire.

This year Cleer has three new headphones on display and a high-end smart speaker.

Enduro ANC is the name of Cleer’s newest over-ear ANC headphone. As the name suggests, it is a new set of noise canceling headphones that offer some of the longest battery life we’ve ever seen! Even with Bluetooth and ANC enabled, Cleer says the Enduro ANC will last for 60 hours on a single charge. That’s about twice the battery life of their biggest competitors. If the battery does happen to be running low before boarding a flight a five-minute quick charge will give them two hours of playback time.

In addition to incredible battery life, the Enduro ANC looks very similar to the design of last year’s Flow. The ample padding on the ear cups and headband makes for a very comfortable experience.

Perhaps the most amazing detail is the price. The Enduro ANC will go on sale in April for $199. That’s half the price of some of the headphones these compare to.

Clear also has new true wireless headphones called Goal. They are primarily targeted at people looking for headphones to wear while working out. They have two features that can be quite helpful in those situations. First, they have ergonomic wings to help hold them in your ears. Second, they don’t have silicone tips that are meant to be jammed into your ear canals. This prevents them from blocking environmental noises which is crucial for people who might want to wear them while running or biking.

The Cleer Goal features the Google Assistant for hands-free tasks. They get six hours of battery life and their charging case provides 14 more hours of playback. They will be available sometime this spring for $129.

The other headphones Cleer had on display are very different from your standard headphones. The new device is called Arc and Cleer describes it as an “open ear headphone.” Instead of placing a speaker over or directly inside of your ear, the speakers sit in front of your ears.

Cleer has developed beam-forming technology to aim the sound from the speakers directly into your ears. They shouldn’t bother people around you, and you can clearly hear your surrounding environment. When we put them on we were surprised by how light they were. The design also doesn’t put much pressure on glasses.

The Cleer Arc is IPX-5 sweatproof if you want to wear them while working out. They last up to eight hours on a single charge and can recharge two hours of playback time in just five minutes. Arc will be available in April for $129.

Lastly, Cleer was demonstrating a high-end smart speaker. The new device is called Crescent. It’s a large smart speaker that is designed for rooms where the television isn’t the center of attention. It’s large because it houses eight drivers plus two rear-firing subwoofers.

With the effort and craftsmanship put into the Crescent by Cleer we expect it to sound great. It has a few more tricks up its sleeve though. It can be configured to work in three different modes by using SoundShaping™ technology from Dysonics. The standard stereo mode is called Wide Stereo Mode. Room Filling Mode is meant for parties, and 3D Immersive Mode uses beamforming to focus all the sound toward a single place in a room.

The Cleer Crescent works with Google Assistant, Spotify Connect, Apple AirPlay 2, and Chromecast for wireless audio. If you’d prefer a wired connection it has a 3.5mm jack, RJ25, and optical input. It’s expected to be released in August for $599.

It seems like Cleer is heading into 2020 with a more refined vision. They appear to be simplifying their headphone lineup. The Enduro ANC could essentially replace the Flow and Enduro lines they’ve had in the past. While simplification is always appreciated, they’ve also managed to bring great features to a pricepoint which is far more attainable. The Goal headphones are keying in on two of the biggest problems (safety and dependable fit) impacting the truly wireless headphones space. With the Crescent, it feels as though they’ve decided that there isn’t much of a market for mid-range smart speakers and have instead pushed into the incredibly underserved high-end wireless speaker space. We’re really excited to see these new products and Cleer’s direction. 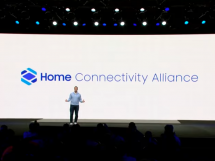 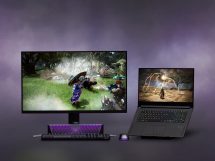 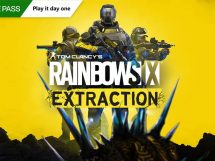 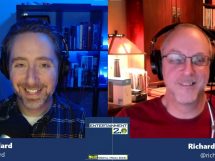