It’s been more than seven years since the launch of the Microsoft Xbox 360. The console has sold over 77 million units since its 2005 launch, but for as much as we’ve loved about the entertainment console it’s been a little long-in-the-tooth for the last couple of years. Today Microsoft announced the successor 360. They wasted absolutely no time showing the new console, controller, and Kinect, and in revealing its new name: Xbox One. The name seems odd at first. It’s not the first Xbox console; it’s the third. The name comes from the idea that it’s an all-in-one system for games, television, and entertainment.

What may be surprising is that Microsoft didn’t start the press conference by detailing the console’s gaming prowess, or even its hardware. Instead they jumped straight into the television and entertainment features of the Xbox One. The new device does, as was rumored, have an HDMI input that allows a television receiver to pass its video content through the Xbox, to your TV. That means that you won’t need to change inputs on your TV to switch between gaming and television, but far more importantly you can use the Xbox to control the television receiver. The Xbox even provides its own electronic programming guide interface that can be controlled with your voice using the new Kinect sensor. For example you can say “Watch ESPN” or “Watch Game of Thrones” and it will either immediately tune to that program if it’s available, or perform a global search across the ecosystem to see what content is available for the given name. You can also things like “What’s on HBO” and it will go straight to that section in the guide to show you. While Microsoft didn’t provide any details on how the Xbox One with its OneGuide will be able to control the television receiver, Engadget is reporting that it will use IR blasters and HDMI CEC. One of the footnotes in the press release states “At launch, Live TV will require a supported receiver device with HDMI output”, so it does look as though it will only work with specific television receivers. When the console was shown to Wired they demoed this functionality with DirecTV, so one can assume that will be a launch partner. The best we can probably hope for, at least in the US, would be support for DirecTV, Dish Network, Comcast, Time Warner, and Verizon Fios support at launch. Even that is probably wishful thinking though.

The Xbox One has the Windows 8 kernel at its core, and it’s very apparent from the moment you boot it up. The home screen looks very similar to the Windows 8 Start screen. The first group of tiles shows the items you’ve used most recently, then there are more groups for games, TV & movies, and music. Another feature that will be quite familiar to Windows 8 users is Snap. With the Xbox One you can snap a secondary app to the side of the screen. One common demo was watching live TV with Internet Explorer in a snapped pane, or a fantasy sports app that updated stats in real time.

What may be even more important to the Xbox One as an entertainment console is its performance. The One has a new a feature called Instant Switching. It does exactly what it sounds like: instantly switches between apps. One of the biggest problems with Xbox 360 was that it took so long to launch many of the apps. With Instant Switching you really can instantly switch between live TV, Internet Explorer, and presumably any other app that you might be using. It was incredible to see just how fast it switched apps.

The guts that power the Xbox One are pretty much exactly what was rumored. It has an 8 core x64 CPU, 8 GB of RAM, a 500 GB hard drive, USB 3.0, 802.11n with WiFi Direct, a Blu-ray drive, and HDMI input and output. The specs completely obliterate those of its predecessor. Microsoft claims over eight times the graphical performance of the 360! The Xbox One also includes the new Kinect sensor. You won’t be able to purchase an Xbox One without a Kinect. The new sensor captures video streams at 1080p at 30 FPS and is much more powerful than the current Kinect, even the [amazon_link id=”B006UIS53K” target=”_blank” container=”” container_class=”” ]Kinect for Windows[/amazon_link]. It will be able to determine how well balanced you are, have improved depth detection, and it can even read your heartbeat!

As expected the Xbox One press conference didn’t focus too heavily on gaming. They did show some great new games that are expected at launch though. The first was Quantum Break. It was hard to tell exactly what Quantum Break was about, but it did look interesting and beautiful. They also showed a teaser for Forza Motorsport 5 that looked and sounded absolutely amazing! EA Sports showed off some impressive videos of their new FIFA, Madden, NBA Live, and UFC titles, and the event wrapped up with a jaw-dropping look at Call of Duty: Ghosts. We expect to see a much larger focus on the Xbox One’s gaming potential at E3.

There was an incredibly amount of content packed into a short one-hour press conference, so we didn’t get to hear all the details about everything the new Xbox One will be providing. Most glaringly, we didn’t get any information on pricing, and they only gave “later this year” for a release window. There are also a lot of questions still remaining around the TV functionality, and how the new system will support used games. Microsoft did officially state on their website that Xbox One won’t require a constant connection to the internet, but it will require internet connectivity. We’ll definitely learn more, especially about the gaming aspects of the console, in a couple of weeks at E3, and if Microsoft’s recent track record holds true we’ll probably see detailed blog posts about specific features of the Xbox One slowly doled out right up until the system launches “later this year.” 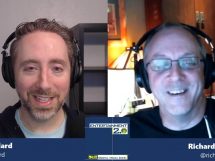 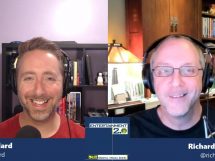 DMZ Counterpoint: What Do You Think of the Xbox One?
TiVo App Gets Targeted Viewing Recommendations