Reycom is a company that we heard from, and wrote about, last year at CES. They displayed a set-top-box DVR built on Windows Embedded Standard 7 utilizing Windows Media Center for the user interface. Last year we were very excited to see this box shown off at Microsoft’s booth, but were disappointed that it was never actually released. For whatever reason, Reycom wasn’t able to bring it to market in the United States, although they have released products more broadly across Europe.

The device that Reycom showed off last year was called the REC 100, and that is the device that they spoke with us about today. The specs for the device haven’t changed much from last year, and for the most part, that’s not really a bad thing. It’s still built on an Intel Atom processor with NVidia graphics. It still sports dual-ATSC tuners, a 320 GB hard drive, DVDRW drive, and comes with an RF remote control. Because it’s a Windows Media Center at its heart, it also supports Windows Media Center Extenders, like the Xbox 360. A Bluray drive is not available yet, but they are planning to make that an available option later in the year. Their hope is that they will be able to lower manufacturing costs enough to be able to offer a Bluray-equipped unit at less than the current $599 price tag.

During our interview with Reycom they detailed some of the extras that the REC would be packing, and some of them are really exciting! They are planning to bundle in additional internet streaming video services including Youtube and Hulu. Maybe even more interestingly, the REC will function as a Play To device. This means that will it function as a DLNA receiver, allowing you to send content to it from other Windows devices to be displayed on the TV that is connected to the REC. They are also working on an application that would offer the ability to remote schedule recordings, and stream locally stored videos and recorded TV.

If you’re a hard-core HTPC enthusiasts this may not be the device for you, because it will be locked down as it’s intended to be more of a mainstream consumer device. You won’t be able to install software on it. That means you also won’t be able to install device drivers onto it, perhaps for USB TV tuners. While it won’t offer the customization options of a home-built HTPC, it looks to be a solid turn-key solution for people just looking for something better than what they have now. It’s unfortunate that it’s only launching with ATSC over-the-air tuners, but they told us that they are talking with TV tuner manufacturers to pre-install their device drivers. That would enable customers to attach external CableCARD tuners.

Reycom has partnered with LeoNovus to distribute the device in the United States. They’ve already begun taking pre-orders for the $599 device, and they told us they expect to begin shipping units by the end of this month. Eventually they look to make the REC available in big box stores and other online retailers, such as Amazon.

Be sure to check all of our CES coverage at The Digital Media Zone. 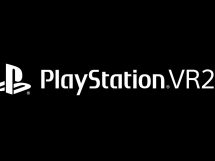