We mentioned a little over a week ago that SiliconDust would be giving us all of the details of their 6-tuner HDHomeRun Prime CableCARD tuner within the week. At this point last week we only knew that it was six tuners, and that it was most likely simply two of the three tuner devices in the same case. SiliconDust hadn’t even released any pictures of the HDHR3-6CC-3X2. All of the cards are on the table now though. The gauntlet has firmly been thrown in the direction of Kirkland, Washington as they have released the first consumer-oriented 6-tuner CableCARD device for use in home theater PCs.

All of our earlier speculations turned out to be true. The HDHR3-6CC-3X2 will require two separate CableCARDs and two separate cable inputs to operate, but once those requirements are met you’ll be left with six, premium cable ready, TV tuners that will be available to any Windows 7 Media Center box on your entire network.

Pre-orders are currently being accepted by NewEgg for $499.99. The tuners should begin shipping on July 18th, 2011. The other interesting note is that when SiliconDust announced the pre-order availability of the HDHR3CC, the 3-tuner version of the Prime, NewEgg had said it would release on June 28th. That date has been changed to July 25th.

Now that all of the details have finally been released about SiliconDust’s CableCARD offerings when might we see a response from Ceton?

The HDHomeRun Prime is Back in Stock! 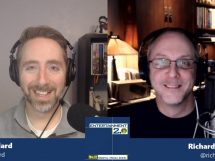 The HDHomeRun Prime 6 Has Been Canceled