Despite all the industry excuse-making about how VUDU probably wasn’t on Apple TV because Apple would demand a fee for purchases, Walmart took the approach that savvy pundits had anticipated all along—excluding any of the features that allow you to purchase or rent titles. Instead, the app allows you to watch the titles in your collection (including your UltraViolet titles), watch its ad-infused free titles, and add titles to your Wishlist. This is pretty similar to the related iOS app for phones and tablets. Unfortunately, your VUDU titles are not yet included in Apple TV’s universal search or integrated TV app.

Amazon has announced plans to release its Apple TV app for Amazon Video later this year, and they’re expected to take the same approach. At that point, the Apple TV will be one of the only devices where you can access your digital content from nearly all major online services, including Google (via your YouTube account) and iTunes itself. 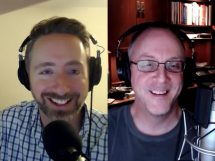