We’ve been fans of Windows Media Center for as long as The DMZ has existed, but it is an application that has barely been hanging on since Microsoft decided not to include it in Windows 10. There have been oh so many hints at the platform’s demise, but now Microsoft is making it official. Unsurprisingly, a Windows Media Center guide data issue is to blame.

This week Windows Media Center users started receiving pop-up messages that in January 2020 they would no longer receive electronic program guide data from Microsoft. The button in the message sends users to guide data troubleshooting guide. Windows Media Center does many things well, but DVR functionality was always the center stage feature of the application. A DVR without guide data is basically useless.

Many listeners to our podcast Entertainment 2.0 are still using Windows Media Center. We’ve been recommending for the last year that anyone still using Windows 7 needs to find a new solution. The operating system will stop receiving security updates after January 14, 2020. We’ve been speculating that guide data could also end on that date. Microsoft hasn’t given an exact date for when guide data would cease to be updated, but the 14th seems pretty likely. It could work through the end of the month though.

You have options if you still want to stick with Windows Media Center. As the notice says, you may configure an alternative listing provider. The most popular option is an application called EPG123. It uses guide data from Schedules Direct. EPG123 is free, but Schedules Direct requires a yearly subscription of $25.

There are so many good alternatives to Windows Media Center. If you’d like to stick with an option where you have complete control of storage and integration with your other media libraries then you should check out the DVR capabilities of Plex. Customers using HDHomeRun tuners should look at HDHomeRun DVR. If you are using their HDHomeRun Prime CableCARD tuners then HDHomeRun DVR could be your only option.

The last option is the most expensive but offers the best TV experience available. That option is TiVo, and they just announced brand new devices called TiVo Edge.

Are you still using Windows Media Center? If so, what’s your plan? If you moved on to something else, share your experiences in the comments below.

Thanks to Alan for the tip and screenshot! 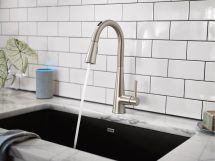 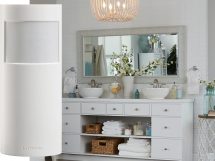 Inovelli Rises from the Ashes at CES 2020

No Media Center Guide Data? Here's Why
It’s Like 2010 Again with Hue Sync on Your HTPC (or Laptop)